Worldwide: ShortTermRentalz is delighted to confirm Vrbo as headline sponsor for the 2021 Shortyz Awards, which will take place virtually on Thursday 22 April 2021 at 5pm BST.

The final shortlists for the 2021 Awards were announced last week following a period of judging, and the voting period concluded at 23:59 BST on Monday 29 March. The 18 award winners will be unveiled in full during the virtual award ceremony on 22 April.

Vrbo will be headline sponsor for the Shortyz Awards for a second consecutive year, following a hugely successful inaugural event in March 2020, just before the national lockdown.

ShortTermRentalz editor and host of the Shortyz Awards, Paul Stevens, said: “We are proud to once again welcome Vrbo as headline sponsors for the Shortyz Awards and thank the team for their incredible support for what has become known as the ‘Oscars of the short-term rental industry’.

“The Shortyz were set up to recognise excellence among industry peers, highlight innovation and best practice, reward achievement and celebrate startup technology, and anyone who attended our awards in 2020 will have seen that come to fruition.

“In a year in which we received more than 69,000 votes [up from 12,000 in 2020] from over 11,000 people, it demonstrates the tremendous appetite for a prestigious global awards ceremony in the short-term rental space after such a difficult time for the travel and hospitality sectors.

“We are really excited to show people what we have been working on for our virtual awards ceremony on Thursday 22 April, with the aim to return to an in-person event again in 2022,” he added.

If you are interested in coming on board as a sponsor for the 2021 Shortyz Awards, please contact us at shortyz@internationalhospitality.media.

Sign up now to our FREE TO ATTEND virtual awards ceremony HERE.

ShortTermRentalz is grateful to all of this year’s sponsors and supporting partners for their continued support during these challenging times. 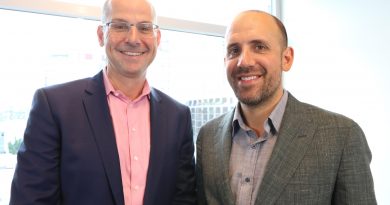 13th February 2019 Paul Stevens
Short Term Rentalz is part of International Hospitality Media. By subscribing, periodically we may send you other relevant content from our group of brands/partners.