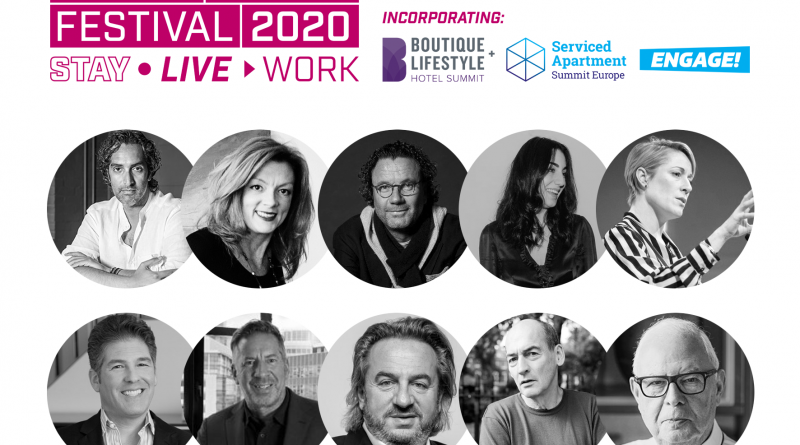 Worldwide: In the lead up to URBAN LIVING FESTIVAL 2020: stay-live-work, taking place 25-26 November at Tobacco Dock in London, International Hospitality Media has created a list of 50 innovators who have changed urban life.

These 50 have led some of the most dynamic, exciting and successful businesses in the UK and abroad, all of which have changed the ways we live and work. They span the breadth of architecture, property, development, investment work and hospitality. The list was compiled through discussions between the IHM editorial team on who has changed urban living in the new decade. It will be released in the weeks up to URBAN LIVING FESTIVAL in instalments of ten. 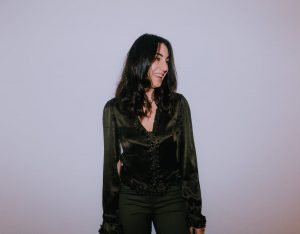 When she first encountered the idea of a shared workspace during her experience in the film industry, Gabriela Hersham was immediately drawn to the concept of co-working. And when she returned to London in 2012, she wondered whether the rising tech industry in the city could use a set of collaborative space.

She founded Huckletree in 2014, designed from the ground up to be a space for the tech industry, and in doing so, pre-empted other industry leaders, like WeWork. Huckletree now manages five locations in London, one in Manchester and one in Dublin. She has also pushed for inclusions of spaces for kids and parent-friendly packages in order to help improve the lives of women in tech. 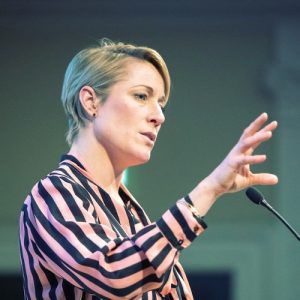 From her career’s beginnings at start-up consultancy upstart to her current role as CEO of UK Green Building Council, Julie Hirigoyen has been at the forefront of sustainable property development for the past two decades. Previously, she was Head of Sustainability at JLL where she oversaw the development of cutting-edge sustainability services for property investors.

She also sits on a variety of other committees including the Green Construction Board, the Igloo Footprint Advisory Board, Grimshaw’s Stewardship Group and the Carbon Trust Advisory Panel. As the head of UKGBC, she works to promote cooperation between stakeholders and regulators, creating lasting change and spearheading sustainability concerns into the new decade. 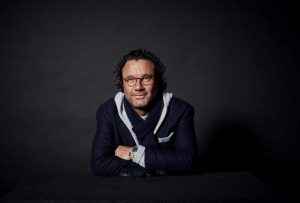 Founder of the 25Hours Brand, Christoph Hoffmann has parleyed his years of experience in marketing and branding into the creation of his new brand. After starting in New York tourism and studying sales and marketing around the world, Hoffmann used his skills to move into managerial positions at Kempinski Hotels, the Bürgenstock Hotels & Resorts in Switzerland and the Hotel Louis C. Jacob in Hamburg.

In 2005, he partnered with Stephan Gerhard, Ardi Goldman and Kai Hollmann to expand the pre-existing 25Hours hotel in Hamburg into a global chain. Rather than expanding out a singular style, he instead mirrored the approach, crafting new, surprising narratives that reflect a unique style, and the neighbourhood around the property itself. With hotels in nine urban areas and plans to expand further abroad, Hoffmann and 25Hours have shown that unique, traditional hospitality sensibilities can lead to tremendous success. 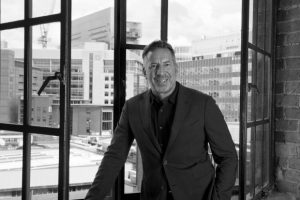 Michael Ingall is one of the most decorated developers working in the business. He has been named one of Sunday Times’ 500 most influential people, was named developer of the decade by property week in 2000 and has won over 60 industry awards.

Coming from a background of chartered surveyance, having started as a manager for many of London’s most famous public buildings, Ingall overhauled the work of Allied London, restructuring the business from the ground up. Projects like Spinningfields in Manchester, The Leeds Dock and the Brunswick Centre in London, have demonstrated the impact Ingall has had on revitalising former city districts. His ability to combine challenging vision with financial and technical skill has led to Allied London becoming one of the most successful and highly valued developers in the nation. 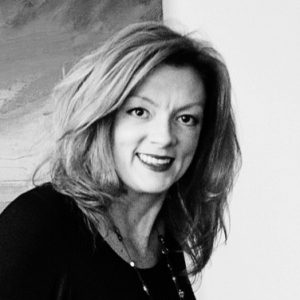 A long-time designer in the hospitality space, Amy Jabukowski us known for her ability to effectively manage relationships and effectively implement design ideas. Her career initially started in retail design and corporate renovations until 1996, when her position at BDG-BBM allowed her to first dip her toes into hotels.

Since then she’s been the lead designer on a variety of different properties across the US, managing her full team from business plan all the way to execution. Some of her works include Conrad Doha, Arzana, The Viceroy Grand Hotel, The Revere Hotel Boston, and The New York Palace Hotel New York, the last of which won her a gold key. She recently started her own firm, AEJ Collective, where she promises to bring the same quality to new properties going forward. 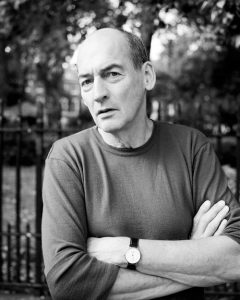 Rem Koolhaas has been attempting to disrupt the traditional world of architecture since he was still a university student. With the publishing of his book Delirious, New York in 1978, Koolhaas established himself as an expert in Urban Chaos, revelling in the theory of how some cities can be funnels of concentrated chaotic energies.

His projects, however, are arguably more important. His style reflects the scattered energy of urban areas and creates buildings that recognise the commodification of space in modern society. From his celebrated 2011 Central China Television Headquarters building, his stacking design for the Seattle Public Library, or he and his firm’s plans for the Emirate of Ras Al Khaimah, Koolhas continues to push boundaries. 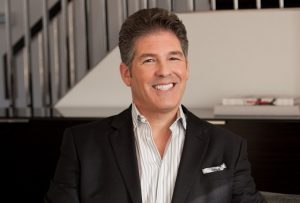 When Larry Korman inherited his family’s four-generation company, Korman Communities, nobody could have predicted the way he would have changed the business. In addition to continuing to develop homes across the US, Korman conceptualised the idea for AKA Serviced Residences in 2004, recognising a need for luxury, flexible-stay residences with hotel-esque services.

AKA has since established residences in nine locations, in the major cities of New York, Philadelphia, Los Angeles, Washington DC, and one in London. In keeping with his own love of architecture and design, the company’s offerings focus on high-end, luxury furnishings, and the absolute in privacy, making them the frontrunners of the luxury serviced apartment world. 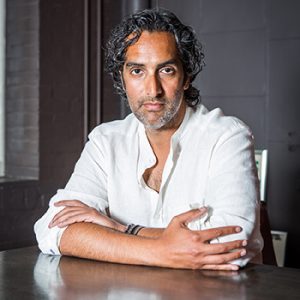 With a diverse career that has spanned investment, brand inception and now management, Amar Lalvani has put himself in almost every part of the industry. Starting at Barry Sternlicht’s Starwood Capital, he moved through other roles before landing at Starwood Hotels & Resorts, where he spearheaded the creation of the W brand.

Since then, Lalvani has become a leading CEO, founding The Standard Hotels, and acquiring Bunkhouse Group and travel site OneNight. His companies have been expanding globally, pushing out pipelines, and looking to find new disruptive elements to supplement the social planning and boutique styling that Standard International is known for. 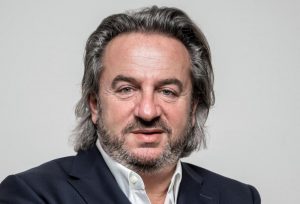 Though his career has been full of ups and downs, Nick Leslau has risen to become one of the most significant property investors in the UK. Starting his career at Hillier Parker and Buford, he then took over Chartsearch, expanding it to a £1 billion enterprise buying parts of Oxford Street and the Trocadero.

After a disastrous deal with Segaworld in the Trocadero nearly sunk his venture, He re-purchased the property, setting up the company that would become Prestbury, which he took private in 2004. The public-facing side, Secure Income REIT, owns such major institutions as Merlin Entertainments, Manchester Arena and many private hospitals with a market capitalisation of £1B. During the pandemic, he has been attempting to fight for property owners, working on a deal with Travelodge to help ensure the long-term safety of the company and landlords. 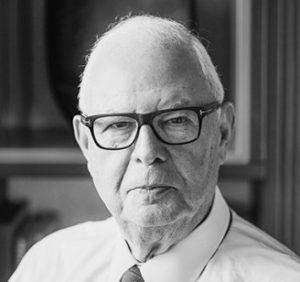 As prolific as a developer can be, at the age of 77 Sir Stuart Lipton shows no outward sign of slowing down. Responsible for over 20 million square feet of development in London, his former business, Stanhope, is responsible for Broadgate and The Treasury in Whitehall, Central St Giles in the West End and Chiswick Park.

At new firm Lipton Rogers, his current major project is 22 Bishopsgate, now the tallest building in central London, which is set to be completed sometime soon. In his lifetime he has served as chairman of the Commission for Architecture and the Built Environment and currently sits on the London Finance Commission for the Mayor of London. In his spare time, he is a keen donor to the arts, serving as director of the National Gallery Trust and as a Trustee of the Royal Opera House. 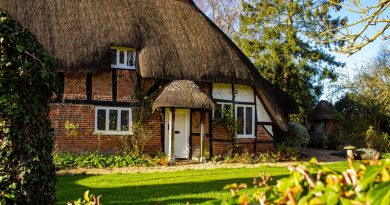 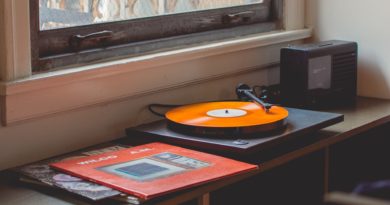 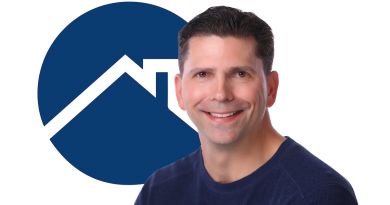 6th March 20226th March 2022 Paul Stevens
Short Term Rentalz is part of International Hospitality Media. By subscribing, periodically we may send you other relevant content from our group of brands/partners.