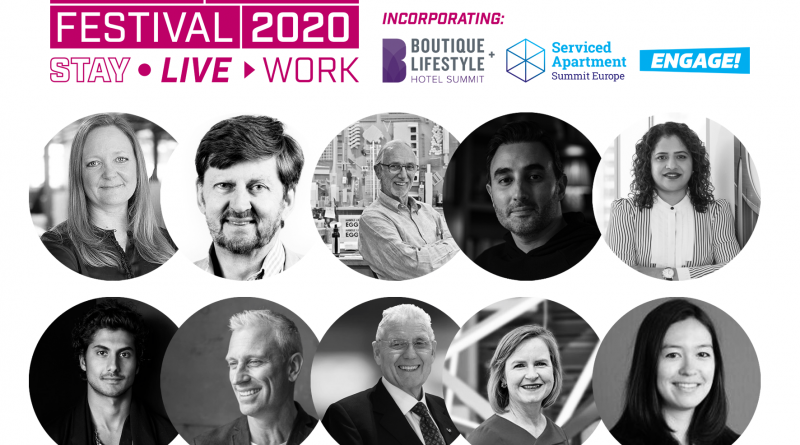 Worldwide: In the lead up to URBAN LIVING FESTIVAL 2020: stay-live-work, International Hospitality Media has created a list of 50 innovators who have changed urban life.

These 50 have led some of the most dynamic, exciting and successful businesses in the UK and abroad, all of which have changed the ways we live and work. They span the breadth of architecture, property, development, investment work and hospitality. The list was compiled through discussions between the IHM editorial team on who has changed urban living in the new decade. It will be released in the weeks up to URBAN LIVING FESTIVAL in instalments of ten. 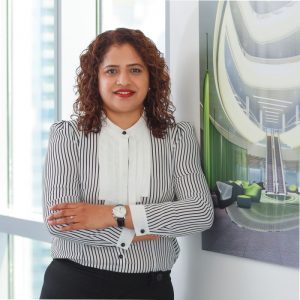 In 2007, Devaganga Mahajan landed in Dubai, having started her career in India, with an ambition to work in a variety of new fields. 13 years have passed since then, and Mahajan has been one of the most significant architects working in the Middle East today.

Her work spans a variety of different sectors, building hotels, office buildings, and apartment complexes alike, with such projects as the Saba 4 tower in Dubai and the Nakheel Mall. She has also risen through the ranks, to become associate director of architecture for the Middle East and North Africa at RSP, helping to guide the firm as it expands within the region. 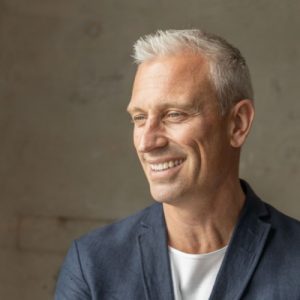 A chartered accountant by training, Stephen McCall has dedicated his life to working in hospitality. Most of his career was in IHG, where he served positions in finance and then operations for its Middle East and Africa division, as well as its European division.

In 2018, he was tapped to lead Locke Hotels and took over a variety of divisions and properties including The Serviced Apartment Company (SACO), The Moorgate, and Wittenberg, rebranding them under edyn Group. Since then, the group has opened other properties and planned further expansions into Ireland, across both the aparthotel and serviced apartment sphere. McCall’s companies offer over 80,000 units and have captured markets in the luxury, boutique and business areas. 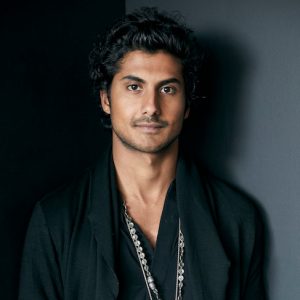 Founder and CEO of the Collective, Reza Merchant has been one of the UK’s most significant voices in UK coliving. Merchant noticed the lack of reasonable housing and isolation in the city and after graduating, created London Student Rent.

That evolved into co-living brand The Collective, which now has over 9,000 units operational and under development globally and features the world’s two single largest coliving ventures: The Collective Old Oak and The Collective Canary Wharf. Merchant has grown his team to over 200 members, working across continental Europe and the US and is still innovating in the sector. Merchant himself has been named one of the city’s most influential people and was called “the coliving King” by Forbes. With the recent expansion in Canary Wharf and plans to add more in London and the US, his career shows no signs of stopping. 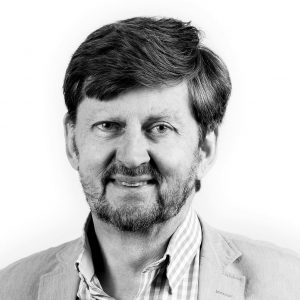 A global leader in hospitality construction, Dexter Moren has worked on some of the most important hotel projects around the world. Founding partner of Dexter Moren Associates in London and Moren Williams Lotter Forsythe, with 20 years in the business, Moren’s approach has changed the landscape of hotel construction.

By centring the idea of the customer and designing places people want to stay, Moren’s firm has accrued a significant number of accolades and has led to his status as a speaker at major industry events. His most recent success story is the under-100 key Vintry & Mercer Hotel, which reflects the area’s mercantile history in its contemporary aesthetic. This year, his firm has received permission to convert the Norfolk Plaza in Paddington and construct a brand new hotel in Victoria. 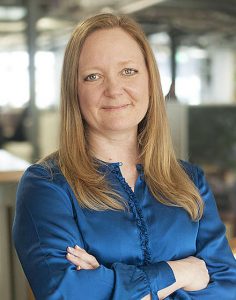 Nicholson has made her name as one of the leading architects for the late in life sector and has emerged as both a leader in her Surrey studio and a thought leader in her field. She currently serves as one of PRP’s three lead partners, leading the Surrey team which focuses on the care sector.

In her career, she has specialised in sheltered housing, care homes, designs for people with dementia, retirement villages, assisted living and design for those with mental and physical impairments. She has also written multiple design guides, most notably Homes for the Third Age, which she wrote alongside architect Neil Barker, which emphasised the importance of good design in the late-living sector. 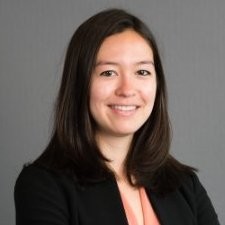 With eight years at Brookfield, Lauren Okada’s career has given her major opportunities to change the field of property investment. She initially started out with Merrill Lynch’s Real Estate department before moving onto Brookfield, where she became an associate. 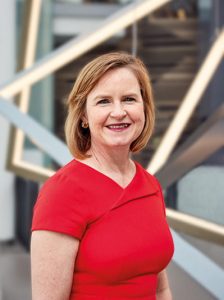 With over 20 years in investment, asset management and development, Colette O’Shea’s current position as director of the Retail and London portfolios has her managing one of the largest portfolios in the UK. Previously working as the head of estates at The Mercers’ Company, O’Shea has been working in Landsec’s London business since 2003.

Her largest project has been leading the 3,000,000 square foot development programme in the City and West End, which included the redevelopment of Victoria. Her effort led to her appointment as managing director, and her continued work since then led to her appointment to the board in 2018. She also serves as a business board member of the Mayor of London’s London Local Enterprise Partnership for London (LEAP) and joint chair of the Royal Docks Enterprise Zone Programme Board. 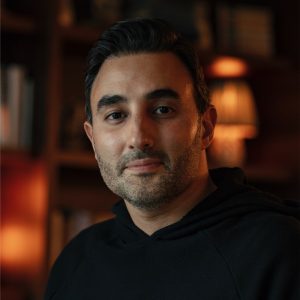 The founder, CEO and strategic lead at Ennismore, Sharan Pasricha career has been about building businesses from the bottom up. At the age of 22, he sold a media marketing start-up, then spent four years revitalising an Indian leather manufacturer before returning to the UK to found Ennismore and changing the world of hotels.

Pasricha renovated the first Hoxton hotel in Shoreditch, re-asserting the place of the hotel as a design-forward social space. Ennismore rapidly expanded, adding multiple Hoxtons and acquiring the Gleneagles Hotel in 2015, and was named the UK’s 30th fastest growing business in 2018. Pasricha himself has been named one of the most influential people in British luxury, one of the 48 changing the way we travel and was named the graduate of the last decade by the London Business School. With new inroads into the co-working sphere, Pasricha has no signs of stopping. 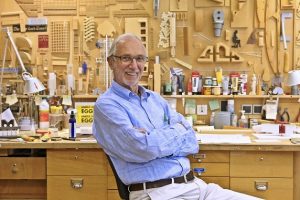 The architect behind iconic buildings such as the Centre Pompidou in Paris, The Whitney Museum in New York and most famously The Shard, Renzo Piano’s work has changed the way architects think about space. Piano’s work was seminal in the creation of the high-tech architecture style; the idea that buildings ought to communicate their structure and function by showing the full array of their materials.

That idea is visible in his Pompidou design, where every pipe and wire is colour coded to function, and sticks out to the viewer. But in his design for The Shard, the delicate, statue-like quality of a skyscraper takes centre, demonstrating Piano’s range. Furthermore, the areas around his buildings have seen regeneration and have served to inspire major dialogue around urban construction. 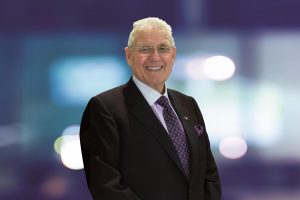 Though he tragically passed away this past June, Tony Pidgely’s life was marked by unparalleled success in the world of housebuilding. Coming from nothing, Pidgley first got involved in the housebuilding business after selling his haulage business to Crest Nicholson. After setting up Berkeley Properties in 1976, Pidgley’s instincts took him from building 100 homes a year to 600 homes.

When he spotted the 1989 market crash, Pidgley implemented an advanced selling strategy, ballooning his groups’ fortunes and allowing them to transition to large scale development. His later efforts focused on redeveloping a variety of urban areas in London, most notably heritage site Woolwich Arsenal. He was seen as a thought leader and guru for the industry and was awarded a CBE in 2013 for his support of British housing. His group has survived him, continuing to develop new projects at Twelvetrees Park in east London and on the site of a former Horlicks factory in Slough. 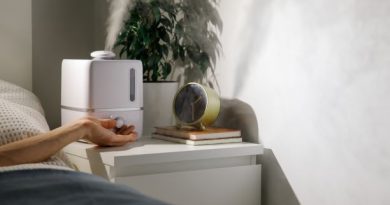 Why lodging providers need to pay attention to relative humidity 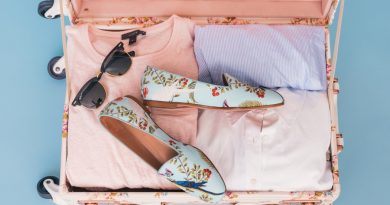 GUARDHOG: Families renting out homes to pay for their holidays 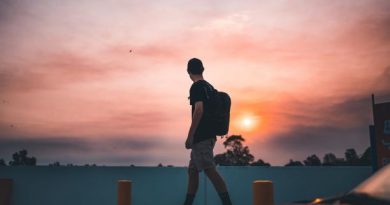