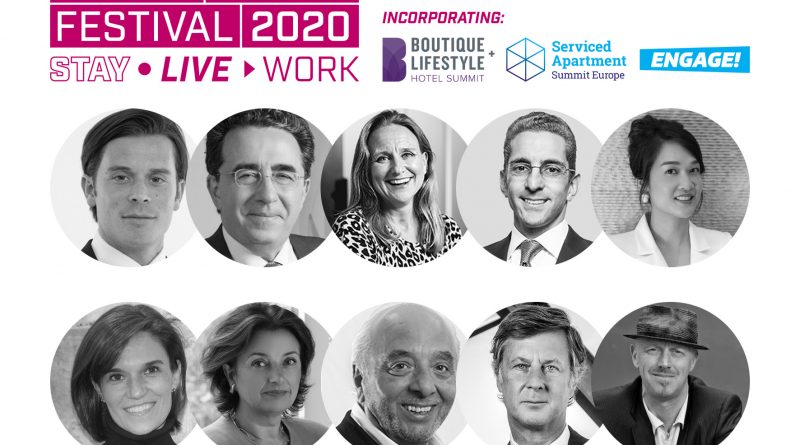 Worldwide: In the lead up to URBAN LIVING FESTIVAL 2020: stay-live-work, taking place 25-26 November at Tobacco Dock in London, International Hospitality Media has created a list of 50 people who have changed urban life.

These 50 have led some of the most dynamic, exciting and successful businesses in the UK and abroad, all of which have changed the ways we live and work. They span the breadth of architecture, property, development, investment work and hospitality. The list was compiled through discussions between the IHM editorial team on who has changed Urban Living in the new decade. It will be released in the weeks up to URBAN LIVING FESTIVAL in instalments of ten. 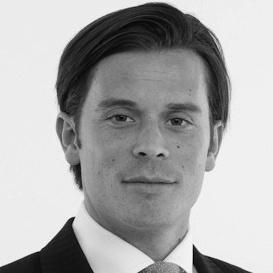 Michael Abel serves as the leader of TPG Real Estate’s Investment Committee, having joined the company after time with Europa Capital, Lehman Brothers and J.P. Morgan. His company manages globally over $120 billion worth of assets across the spectrum of property.

Abel himself sits on the board of a variety of different companies including A&O Hostels, and student housing companies Campo Properties and Campus Living. His most recent investment in REIT Témpore Properties demonstrates his agility within the market and his knowledge and interest across multiple different sectors. 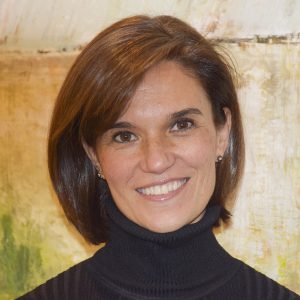 VP for Strategic Development at the Aspen Institute, Maria Laura Acebal’s career has focused on the non-profit sector. After acquiring her law degree at Yale and then stints at McKinsey and CVent, Acebal began working to support youth charities, spearheading a variety of food safety programmes before being named CEO of the Food and Anaphylaxis Network (FANN).

She then became head of Youth at the North American wing of Ashoka, a pioneer in social entrepreneurship. At Aspen, which she joined earlier this year, she leads initiatives, builds relationships and hopes to drive the sustainability of the non-profit sector into the future. 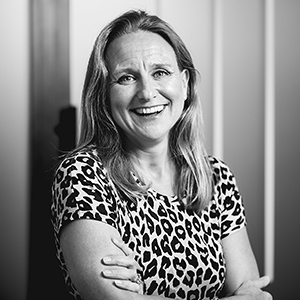 When Paul White announced Jo Allen as his successor in 2009, she had already helped make a name for herself at the firm. Arriving from Richard Ellis in 1994, her roles in asset management and development activity have led to many of Frogmore’s biggest achievements.

Her major projects include Oriana, 50 St. Mary’s Axe, Apex Ealing, and South Place, which she led the delivery of business plans on. For her efforts she rose through the ranks, becoming CEO before co-leading the firm alongside White. Now, she oversees the company’s full array of transactions as both the chief executive and as a member of their investments board. 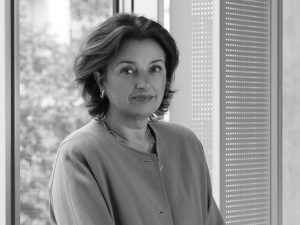 Managing partner at Allies & Morrison, Jo Bacon’s career has seen her take on projects on a number of different scales. Studying under her future boss and partner, Bob Allies, at Cambridge, she would go on to join his firm when it had only four partners.

Now a leader and a partner at an AJ100 practice with over 90 architects, she has led a variety of projects in her flourishing career. She was principal on the firm’s rebuilding of the BBC Media Village in White City, and the refurbishment of the Royal Festival Hall. Her most important project, however, is 100 Bishopsgate in central London, a two-tower project which joins the rest of London’s skyline. 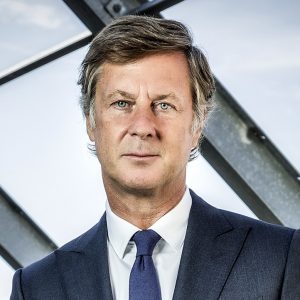 The CEO of Accor, Sébastien Bazin has led the transformation of one of the most dynamic hotel brands in the business, by focusing on branding and quality. Trained in Finance, Bazin worked across investment banking and development before settling in at Accor in 2005 as a member of the board.

This period saw Accor’s business diversify and change, with the chain adopting an asset-light strategy focusing on leasing, as well as adding in new businesses like Adagio Aparthotels, Onefinestay and John Paul. He has also shifted the brand’s direction towards luxury, working to ensure Accor’s place in a rapidly changing hotel marketplace. 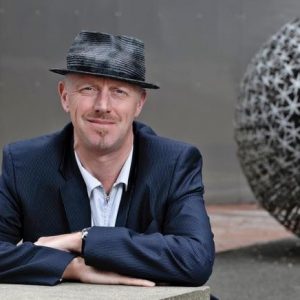 Inspired by his time working in a record shop in Manchester’s famous Affleck’s Palace, Tom Bloxham founded regeneration centric developer Urban Splash in 1993. The company made its mark by taking disused buildings across the UK and transforming them into modern, habitable and design-forward properties.

Since then his company has completed over 60 projects, turning the decrepit centres of the UK’s major cities and renewing them. Bloxham has also been investing in modular housing, launching his first properties in 2016 and expanding in 2018. For his work, Urban Splash has received over 370 awards and Bloxham himself received an MBE, showing his influence in the world of urban development. 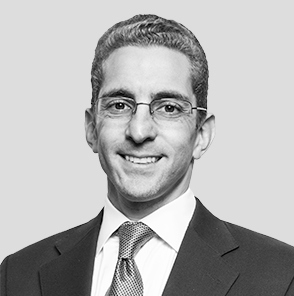 Global co-head of real estate for Blackstone, Kenneth Caplan leads the world’s largest real estate platform, in charge of $167 billion in investor capital under management. Starting his career at Lazard Freres & Co. as an investment banker, he soon moved onto Blackstone in 1997.

Since then, he has been involved in over $100 billion worth of acquisitions and initiatives, most notably the $26bn acquisition of Hilton Hotels. That would help the firm avoid disaster during the 2008 crisis and bring in $14bn of profit. His other major work includes Equity Office Properties, Logicor and GE Real Estate. 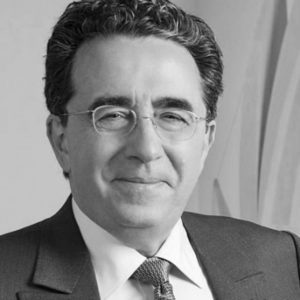 Though controversial within the world of architects, Santiago Calatrava’s work has brought the emphasis of fluidity and form to the forefront of large-scale architecture. Inspired by the attitude of Le Corbusier and his own love of sculpture, Calatrava’s dedication to fluidity and imitation of life in his work has made him a name to recognise in modern architecture.

Some of his major projects include the Olympic village in Athens, Bilbao Airport and the Milwaukee Art Museum. His most recent work was on the WTC hub, designed around an oculus with the intent to cut out from the gritty urban fabric of New York. 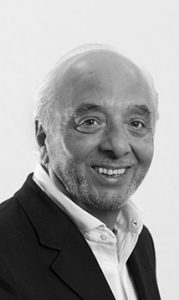 Rattan Chadha sold his major lifestyle brand Mexx in 2004 and was looking for a new venture to supplement his investment firm KRC Capital BV. The next year, he set out to found CitizenM hotels, trying to fully modernize the hotel business.

Apart from the international style inspired aesthetics of the exteriors and the public spaces with high-quality living room furnishings, CitizenM’s core conceit is minimalism. The chain was one of the first to implement fully contactless check-in and check out and have taken an extremely light employment strategy to keep prices low while maintaining luxury quality. CitizenM operates now in 20 cities across the world, has won awards for design, and hopes to expand its vision even further. 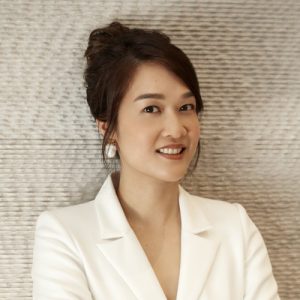 Steeped in the world of global property investment, Sonia Cheng has taken her family’s legacy and rebooted it with a new modern face. Granddaughter of Hong Kong business leader Yuh-Tung Cheng, Cheng re-joined her family’s business in 2008 after stints with Morgan Stanley and Warburg Pincus in the US and Hong Kong.

She then took over the New World Hotel Group, which she renamed Rosewood Hotel Group after acquiring the Texas chain of the same name. She then went on a plan of rapid expansion, building in Thailand, China, the US and the rest of the world, targeting the growing world of East Asian tourism. For her efforts, she has been on multiple 40 under 40 lists and has been named one of the 300 most powerful people in China. 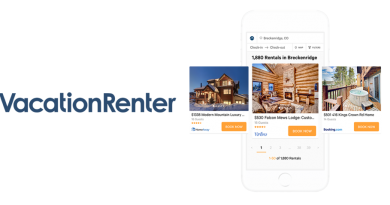 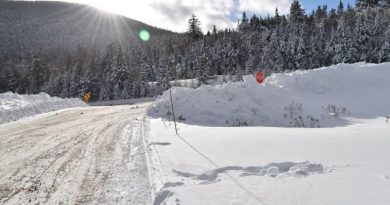 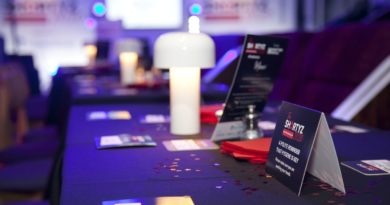 Why you should enter the 2021 Shortyz Awards

1st March 202126th February 2021 Paul Stevens
Short Term Rentalz is part of International Hospitality Media. By subscribing, periodically we may send you other relevant content from our group of brands/partners.