Worldwide: Sharing economy hospitality booking engine Better B&B, which describes itself as the “first sustainable social impact booking platform” says it is set to deploy a “global model for sustainable philanthropy”, by capitalising on the sharing economy.

The company is seeking to provide a better understanding of the sharing economy market for hospitality, in that hosts who wish to share their homes or a portion of their home for profit can create a listing on Better B&B with an advertised nightly rate.  Guests who want an immersive experience in the communities they visit can book accommodations on Better B&B™ in a host’s home of their choosing.

The model exists across several booking sites including Airbnb, Booking.com, Vrbo and Expedia.

A recent article in Forbes alluded to more businesses integrating their products and industries to the sharing economy:

“Underutilised assets are abundantly available in a world with too many people that have too many things. As smart folks have begun to figure out, sharing lonesome assets kindles economic growth, turns stale resources into money and relieves cost burdens of ownership while chaperoning sustainability,” it said.

A shift in global philanthropy, millennials and Gen Zs

The latest “Millennial Impact Report” highlights how millennials and Gen Zs are preferring to utilise the power of collective action to benefit larger groups. According to Fidelity Charitable, both demographics are giving more than twice as much to charitable causes compared to the baby boomer or Gen X demographics, despite being burdened with higher student debts.

Forbes’ report also suggests that millennials are shifting away from philanthropic patterns of previous generations, beyond the so-called traditional “donor pyramid” and making more consumer choices based on sustainability and philanthropy. This is also rubbing off on global companies too.

Merging the data to create a global model for sustainable philanthropy

According to Better B&B, the goal of sustainable philanthropy, defined as “charitable giving that continues in perpetuity”, is to create passive processes whereby donors include small donations as a philanthropic measure in addition to offering their services. As such, it aims to bring an added value to consumers.

A “better” model for sharing economy hospitality and sustainable philanthropy

Hosts on the Better B&B platform can provide a minimum ten per cent donation to the philanthropic entity of their choice on all transactions for nightly accommodation rentals [Better B&B’s entity is called Affinity Group].

Based on new technology developed by online payment software platform Stripe for Better B&B, the funds from each transaction for nightly rental are sequestered when charged at the time of booking. Hosts receive 90 per cent and the host’s Affinity Group receives a minimum ten per cent of the total charges, while guests can also give additionally at the time of booking to any Affinity Group on the Better B&B platform, although the caveat is that ten per cent donations are non-refundable.

Better B&B believes that its model can be replicated throughout the hospitality sector, particularly with the help of millennials and Gen Zs as the recent statistics suggest.

“The sharing economy is where this model began, I’m looking forward to reporting on the next sector to heed the call,” he added. 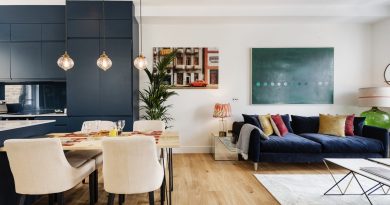 Empty Nesters: how your home can fund your travels

24th September 2019 Paul Stevens Comments Off on Empty Nesters: how your home can fund your travels 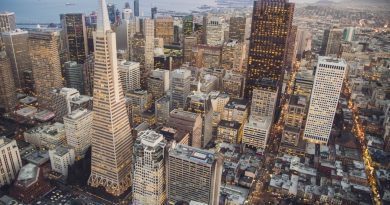 The master lease model: is the bubble about to burst?

9th September 2019 Paul Stevens Comments Off on The master lease model: is the bubble about to burst? Reaction to Brian Chesky announcements: what may the future hold for Airbnb?

6th April 2020 Paul Stevens Comments Off on Reaction to Brian Chesky announcements: what may the future hold for Airbnb?
Keep Updated