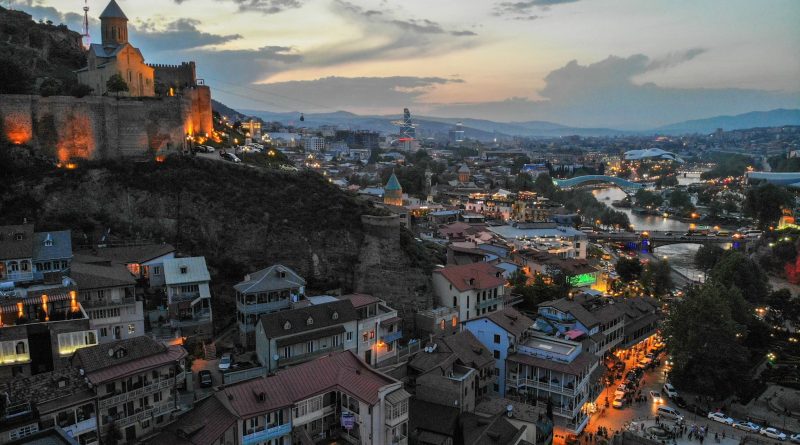 Last month, we wrote an article that looked into the fastest growing vacation rental markets in America, and now it is Europe’s turn!

In this post, we will take a look at the largest European short-term rental markets, and clue you up on those growing most quickly across the continent. We have included some insights into where visitors are originating from and what the average reservation looks like – length and booking window etc, to help inform your stock, revenue and distribution strategies.

Top supply markets in Europe in 2019

In this first section, we have compiled a list of the ten most significant European markets by their number of unique 2019 vacation rentals. In the table below, they are ranked by this supply number, and you can also see the per cent change in this number between 2018 and 2019

Somewhat predictably, London, Paris and Rome top the list, while a slightly darker horse in the shape of Batumi in Georgia rounds out the top ten.

Next, we wanted to look into those markets which have shown the greatest increase in unique vacation rental properties over the last year. The market showing the greatest growth of all is actually Rodi Garganico, on the spur of Italy’s boot, with a whopping 10,900 per cent growth. In reality, it has in fact grown from one property in 2018 to 110 in 2019, which, whilst impressive, does not make it a significant market in overall terms.

To make things more relevant for more of you professional property managers, we have decided to look at the top five countries by supply, and drill down into their top markets to give some insight into performance and expansion prospects. We have looked at the numbers of unique vacation rentals in 2018 and 2019, as well as number of reviews each month for both years. Reviews have been found to be a relative indicator of reservations made. We have also added some statistics on average length of stay, booking window, number of guests and average daily rate.

We are kicking off with France, which boasts the largest supply (790,158) of any country in Europe. Whilst the below markets are very large, it is worth noting that Paris, Nice and particularly Lyon have seen slight declines in their vacation rental property numbers over the last 12 months.

So, let us take a closer look at the top supply city in France, Paris. Over the last two years, the average length of stay in Paris has been four days, while the average number of guests has been three. Meanwhile, in 2019, the average daily rate (ADR) was $146, and the booking lead time actually extended by four days to 36. Similarly to supply, review numbers have dropped by seven per cent on average, but we can take a look at relative numbers to give us an idea of seasonality in the chart below.

While the peak month in 2018 was July followed by June, 2019 saw them switch – and the same happened at the other seasonal peak; October and September accounted for the third and fourth highest number of reviews in 2018, but September clocked higher in 2019. Between these two peaks, August shows a dip in reviews both years but the least popular 2018 month was February. Currently November holds the least 2019 reviews, however, it is possible that this month will pick up as final reviews may still be coming in. These reviews break down to somewhat surprising origins: only 24 per cent of reviews come from French guests, with 25 per cent from Americans and a further seven per cent from the UK.

France’s fastest growing market of over 250 properties is Rouen in Normandy, North West of Paris, which has experienced a growth of 135 per cent to 1777 properties over the last year. 68 per cent of visitors this year have been French, with American and British visitors in second and third place.

Second place in the supply battle goes to Italy, which is fairly impressive when you consider that, of our top five, Italy comes in fourth in terms of both land mass and population. 739,473 vacation rental properties means one for every 82 people living there.

As Italy’s top market in terms of size, Rome may count around 2500 fewer properties than Paris, but it has also experienced 23 per cent growth in this number over the last year. Venice holds a vacation rental per 22 residents, while Naples has also seen huge growth at 25 per cent.

Rome sees even fewer reviewing nationals; only nine per cent of reviews were Italian last year, while 25 per cent travelled from the US and a further nine per cent from France. Seasonality indicated in the graph below shows a more split view. In both years, November, February, January and August took substantially fewer reviews than the other months, with May, June and October the top performing months.

The average stay in Rome was also four nights, while booking window dropped six days to 37 in 2019 and average guests dropped from four to three.

The fastest growing market in 2019 in Italy with over 250 properties was Pompei. It experienced a 152 per cent growth to 446 properties. Americans again were the top reviewing nation (20 per cent) – it’s fairly rare for the ‘home nation’ to represent just 17 per cent of reviews for a non major city. The French once again took the bronze medal, posting 11 per cent of the reviews.

Madrid boasts the highest number of vacation rental properties in Spain, just creeping ahead of Barcelona in terms of numbers but seeing a 12 per cent YoY growth to Barcelona’s – four per cent. This decline for Barcelona is likely due to the implementation of restrictions seen in many European cities – Madrid has yet to be implicated as significantly. The two cities push Spain into third spot in Europe, accounting for a chunk of the 459,292 short-term rental properties. The average reservation in the capital is two people for three nights, and the lead time fell to 25 days in 2019.

The seasonality chart shows October as the runaway favourite month for visitors, with June showing a huge 30 per cent increase in reviews. In both years, August takes the plunge to lowest reviewed month, likely due to the temperature doing the opposite. These reviews were 24 per cent Spanish, with the US and France making up the top three.

San Jose grew an impressive 2873 per cent last year, making it Spain’s greatest increase, yet only has 327 properties due to only being home to 11 in 2018. Again, it followed the more predictable pattern of 60 per cent of reviews from Spaniards themselves. Reviews from France and the UK were next most common.

As Europe’s most short-term rental-populous city, it stands to reason that London is Great Britain’s runaway top city in terms of supply. In fact, London is home to over five times the advertised properties of the UK’s next most significant city, Edinburgh. It has also seen a 14 per cent rise in vacation rental properties, while with 44 per cent YoY growth, Glasgow definitely deserves a special mention. Overall, Great Britain has 388,483 short-term rentals, the fourth highest of any nation in Europe. London like Paris, averages a four-night stay for three people but has a significantly smaller booking window at 27 days. ADR in 2019 was $182.

Following a similar pattern to the rest of western Europe, reviews suggest that London visitors prefer June, July and October. Whilst less notable in 2018, June again saw a big jump (21 per cent), bringing it just to the top in 2019. Winter months again saw fewer reviews. 30 per cent of 2019 reviews were British, followed by US and France. The South Coast of England is home to the UK’s most grown market – Southsea – near Portsmouth. The seaside town has seen a 251 per cent increase in short-term rentals in the last 12 months but sees 74 per cent of its reviewing guest from the UK. France and the US swapped places but once again make up our top three.

The Germans make up our top five biggest supply countries in Europe with 310,566 advertised properties. Berlin predictably takes top spot although it, like Paris has taken a slight hit over the past year. The major cities of Munich, Cologne and Hamburg take the next three spots, with Heringsdorf perhaps a surprise at number five. Situated near the polish border, it is also a seaside resort town, and data suggests that there is almost one advertised property for every two of its 9443 residents.

The average stay in Berlin in 2019 was two guests for three nights, booked only 18 days in advance. This showed a slight change from 2018 which sat at three guests on average with a slightly longer lead time for bookings. Very surprisingly, Germans did not make the top three at all of reviewing visitors to the capital; Americans, British and French travellers were more common. The graph above suggests that September is the most favoured month by these visitors, with June again showing an increase and winter months less appealing.

Another northern coastal town, Gromitz, was Germany’s most grown market (182 per cent), up to 1326 vacation rentals. And we have discovered why there are few Germans visiting their capital – they are all in Gromitz! 96 per cent of reviews were from German guests, with America and Switzerland each providing a further one per cent of reviewing guests.

Finally, we will explore those destinations that have grown most significantly of our top 100 supply markets to give an idea of where the most significant growth really is and insight into some big expansion potentials.

Tbilisi, capital of Georgia, runs away with top spot with a huge growth of 319 per cent to make 7373 vacation rentals. Visitors here were 44 per cent Russian, with America representing seven per cent of reviews and German guests next most common.The following four markets were a little closer in growth, averaging a more conservative 48 per cent.

Odessa in Ukraine is next on the list, up to a more substantial 8928 advertised properties. The city’s supply grew 58 per cent in 2019, while reviewers were 34 per cent Ukrainian, ten per cent American and six per cent Moldovans.

Agde is the smallest market making our top five, with 3964 2019 vacation rentals. The French commune is situated on the south coast, not far from Montpellier. 81 per cent of visitors were, unsurprisingly, French. British and German guests posted the majority of other reviews.

Greece boasts our fastest growing capital with Athens growing 41 per cent last year to 12,530 vacation rental properties. Double the number of reviews were American (20 per cent) than Greek (ten per cent), with French guests just behind, accounting for nine per cent of Athens’s reviews.

The Spanish municipality of Malaga, a popular Costa del Sol port city, sees 20 per cent of its reviewing guests visiting from Spain itself. Brits make up a further 13 per cent, while France is the nation accounting for nine per cent of the reviews. The beach resort has climbed to 8150 vacation rentals, up 39 per cent.

This round up has painted a picture of the growth we are seeing across Europe in our industry. We have looked at the top supply markets and countries, and drilled down to those significant markets showing most substantial growth. 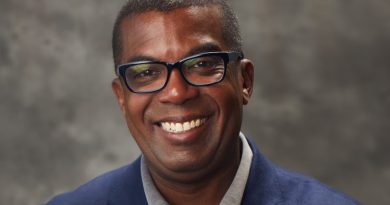 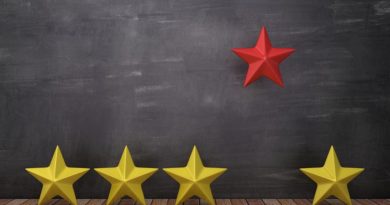 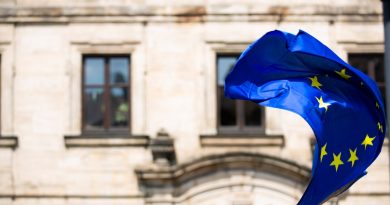 9th February 20204th May 2020 Paul Stevens
Short Term Rentalz is part of International Hospitality Media. By subscribing, periodically we may send you other relevant content from our group of brands/partners.