The report, written by senior research analyst Wouter Geerts, has three main purposes: to provide data on the growth of the sector over the past decade (since Airbnb’s arrival); to highlight the performance of the top five companies in the space; and to compile a list of the top 100 vendors that are shaping the short-term rental ecosystem.

Here are some of the key findings from the report:

Increasing convergence between short-term rentals and other verticals

A prime takeaway from the report was the increasing convergence between the short-term rental sector and other verticals such as the serviced apartment and aparthotel spaces.

As Robin Clifford noted at the Serviced Apartment Summit Europe [SASEU] 2019 in July, Airbnb is diversifying into the boutique hotel and serviced apartments space (as shown by its acquisition of HotelTonight), which “highlights how the overlap between hotels, serviced apartments and short-term rentals is growing, and how the distinction between these sectors will become more blurred to consumers”, according to Geerts.

Skift research reveals that this convergence should not be unexpected and will only increase as the travel accommodations continues to evolve in the coming years, particularly if the growth of Airbnb is anything to go by.

The rise of the master-lease model, which has been adopted by companies like Sonder, Lyric and Stay Alfred, investment into Airbnb-powered firms like Niido and Natiivo and the emergence of new market disruptors like Amazon are cited as prime reasons for this convergence in a way that both landlords and renters can benefit from their occupancy of properties.

Such blurring has led to the growth of so-called ‘mammoth’ platforms, with five in particular emerging as the biggest players in the market – Airbnb, Booking Holdings, Expedia Group (including HomeAway), TripAdvisor and Tujia.

Skift went on to add that Airbnb has been the principal beneficiary of the growth in short-term rental demand, with gross bookings for rentals expected to rise to more than $44 billion throughout this year. At the same time, the research estimates that the five biggest players will account for 73 per cent of all gross bookings in the sector this year.

As the big players enhance their growth ambitions, firms like Airbnb are verging into major hotel groups’ core business, which in turn has triggered a response from the traditional hotel industry.

With Marriott launching its own Homes and Villas platform and Four Seasons expanding its rental portfolio, it indicates a shift that the hotel industry cannot ignore, with Skift reporting that Airbnb’s total revenue is set to exceed that of Marriott in 2019, having already surpassed Hilton in 2018.

However, Skift states that Airbnb is very much still the anomaly in the short-term rental sector encroaching on the core hotel business because smaller players are emerging from the fragmented landscape unable to compete with major hoteliers, at least in the short-term.

UnderTheDoormat CEO Marilee Karr said most hotel brands would have their own home accommodation brands in their portfolios “within the next five years”.

As Airbnb has continued to grow its own accommodation empire, other new competitors are emerging to get their share of the market through significant acquisitions.

According to Skift, Expedia Group is looking to reduce the number of sub-brands it has to push its more recognised Vrbo brand, partly in response to Google’s intervention in the space.

In March, the firm added vacation rental search functionality and has already partnered with booking site TripAdvisor and channel manager Rentals United to facilitate its intermediary model which will redirect consumers to those websites.

Skift is predicting this push for instant bookable homes will continue though it is still too early to say how this will have an impact on other metasearch engines in the market.

Skift compiled a curated list of 100 companies that are shaping the short-term rental ecosystem today, based on size, funding, innovation and other features. The list can be viewed at the link to the report document in full.

The future of regulatory measures in the rental ecosystem is complex

Airbnb has been at the heart of much debate over regulations and restrictions being imposed on short-term rentals around the world, and as the biggest player, this phenomenon looks set to continue.

Part of the complexity behind this is down to how we define Airbnb, whether it is an ‘information society service’, a ‘hospitality / real estate company’, an ‘e-commerce provider’ or a ‘real estate brokerage’. This confusion of term definitions determines what relationship exists between Airbnb hosts and guests and therefore what regulation the company must adhere to.

There is also a clear conflict between what the platforms see as adequate legislation and what opponents are proposing, which is only adding to the contentious issue.

While some platforms, cities and countries are proponents of an online-based registration system (as in some parts of the Netherlands and Denmark), places like Brussels and Barcelona are seeking to implement stricter measures curb the number of licences as and counter what they perceive to be ‘over-tourism’.

To view the report in full, visit the Skift website for more information on how to purchase it at the link here. 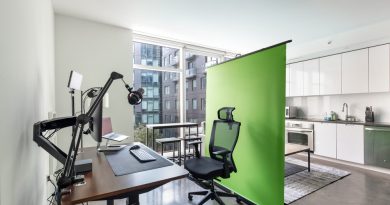 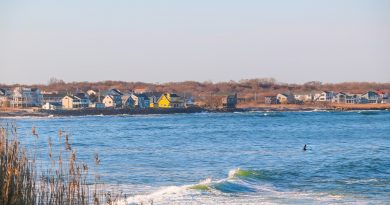 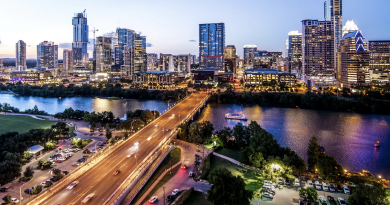 7th August 20195th May 2020 George Sell
Short Term Rentalz is part of International Hospitality Media. By subscribing, periodically we may send you other relevant content from our group of brands/partners.