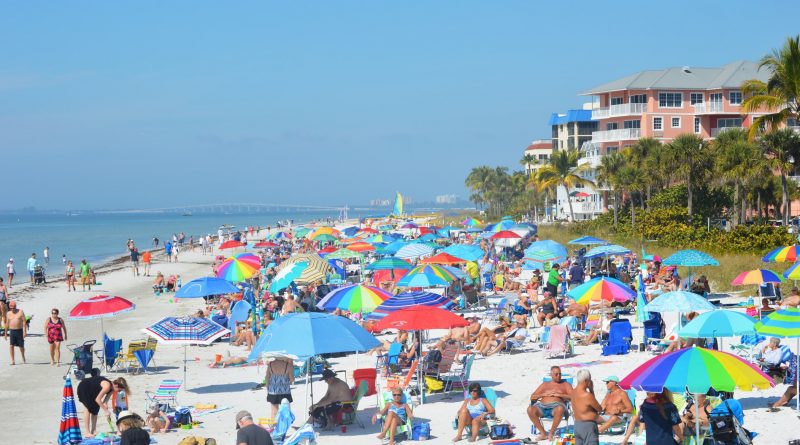 US: After months of lockdown, travellers’ sense of optimism and wanderlust is surging, which is being reflected by spikes in demand for vacation rentals in markets across the United States.

The situation is all the more surprising in the country given 40 million Americans [at last count] are now facing redundancy and impending unemployment. The Bureau of Labor Statistics will release its May employment report on 5 June, but it is already predicting that the unemployment rate will have risen to 19.5 per cent from 14.7 per cent in April.

In the grand scheme of things, the short-term / vacation rental and wider travel industries have been badly hit by the Covid-19 pandemic, which has forced operators to furlough or lay off staff permanently, and in the worst cases, close down their businesses altogether.

Domestic and international travel will take months or longer to rebound due to border closures and traveller caution, which has consequently damaged the aviation industry. Occupancy rates have also inevitably dropped significantly.

Despite those alarming facts and figures, demand for vacation rental properties in hotspot destinations such as Florida, Georgia and Alabama appears to be skyrocketing. Among that total, Bloomberg has reported that 38.6 million U.S. citizens have submitted jobless claims to date, suggesting that this sharp rise in demand is being fuelled by those travellers who have enough financial security to travel and are eager to spend as movement restrictions ease.

With that, celebrations such as Memorial Day weekend, which is considered to be the unofficial start of summer in the country, bring out the tourists for celebrations, even if the circumstances this year are vastly different to what many of us have experienced in our lifetime. It is possible that the presence of this holiday in May, when vacation rental bookings are peaking towards the summer, has played a part in the decision making of some state governors to ease border and accommodation restrictions earlier than they would have done otherwise.

To understand the reasons behind the American tourism sector’s new-found optimism for the return of bookings, and to gauge if this faith is well-founded, we need to break the situation down state-by-state.

In Florida, many of the recent headlines have honed in on state governor Ron DeSantis’ perceived stubbornness to re-open vacation rentals in the state, while refusing to shut the doors of other hospitality establishments, including “hotels, motels, inns, resorts, non-transient public lodging establishments and time share projects”.

Moving to the first stage of reopening vacation rentals

On 27 March, DeSantis signed an executive 20-87 closure order for vacation rentals in order to limit the spread of the coronavirus, a stance that attracted criticism from operators who said he had “violated their constitutional rights”.

However, last week he confirmed Florida would be moving into the full Phase 1 reopening stage, which would enable vacation rentals to reopen to state residents but holidaymakers from supposed virus epicentres such as New York City will be prevented from booking properties there for the foreseeable future.

Elsewhere in the state, Miami Beach is seeing a similar spurt in bookings this month compared to April, while Disney World has just confirmed it will begin a phased reopening of its parks from 11 July and stagger them throughout the month.

The state’s tourism website reports that bookings for future dates started to pick up at the start of May and are now 90 per cent higher than at the same point 12 months ago. Compare this to April when reservations dropped by more than 80 per cent on the same point in 2019 and one can see the extensive impact the Covid-19 outbreak has had on traveller choices and uncertainty.

Key Data Dashboard chief executive Jason Sprenkle, confirmed the rise in demand in an interview with The Financial Times: “Over the last week, the demand for vacation rentals across the US has seen a huge increase, now surpassing the demand for this same period last year,” he said.

Governors will also be mindful of the revenue that vacation rentals generate in states during peak seasons. The same newspaper reported that Florida received $16.6 billion in direct expenditure from rentals in a study conducted by the University of Central Florida, but they will have also considered all of the options to ensure the safety of guests and hosts when stays are ready to resume.

Georgia, meanwhile, was one of the first states in the United States to lift restrictions on vacation rentals, as well as other services such as haircuts, tattoos and massages.

Governor Brian Kemp gave the green light on 27 May to reopen bed-and-breakfast establishments and online bookings through platforms such as Airbnb as early as that Friday [1 May]. Other businesses in the hospitality and leisure industries had already been allowed to reopen their doors before that, including dine-in restaurants, gyms and cinemas.

Writing on Twitter, Kemp said his decision to let short-term rental businesses reopen had been “based on favourable data and stakeholder input.”

However, he also urged holidaymakers to continue following social distancing and sanitisation rules “to prevent the spread of Covid-19”.

Kemp and state health officials have cited models and reporting from local hospitals that indicate a slowdown in coronavirus cases and accident and emergency visits, though diagnoses and deaths linked to the virus continue to rise in Georgia.

Despite the order, local municipalities will still have the authority to impose their own restrictions on parking, social distancing, public safety and crowd control measures if local businesses and citizens do not adhere to the rules.

Alabama has been an indirect beneficiary of Governor DeSantis’ easing of restrictions in neighbouring Florida. Its beaches were experiencing a record-breaking month leading up to the Memorial Day weekend this week and occupancy rates are booming if the latest statistics are anything to go by, even eclipsing those often achieved for Independence Day on 4 July.

Occupancy rates and length of stay

AL.com reported that occupancy rates in the state are up to around 90 per cent for some vacation rental companies, compared to those below ten per cent less than a month ago. Two- or three-day stays are experiencing a steady increase in bookings, with cautious travellers seeking to escape the confines of their own home and find accommodation in a drivable destination close to a nearby beach.

A spokeswoman for Gulf Shores & Orange Beach Tourism revealed occupancies for the weekend of 15-17 May were at 74 per cent, higher than what they would usually see for the following weekend when the popular Hangout Music Festival takes place. Other firms, such as Brett Robinson Rentals and Beachball Properties, reported 96 and 100 per cent occupancy rates respectively.

The opening of beaches

The opening of some beaches next door in Florida on 1 May has itself accelerated occupancy numbers in Alabama.

According to Brian Harris, CEO and broker at Harris Vacation Rentals, occupancy in Baldwin County, Alabama, skyrocketed to 68 per cent from less than ten per cent in April, whereas in Escambia County, Florida, it remained steady at close to 20 per cent.

Lacee Rudd, a spokeswoman for Visit Panama City Beach, told AL.com that the lifting of the rental ban had paid off for the Florida Panhandle as well: “We have seen a spike in reservations, and I believe that our traditional holiday crowds will be in the destination this weekend. We’re hopeful this trend will continue through the summer.”

Will the resurgence driven by optimism last?

Kimberly Boyle, an assistance professor of restaurant, hotel and meeting management at the University of Alabama, is not so sure the resurgence in bookings will last, given the current and predicted unemployment rates which are already matching up to the peaks not seen since the Great Depression in the 1930s. Furthermore, any optimism may yet be tempered by a second wave of the virus later this year or beyond.

Property management software platform Guesty has also reported on promising signs to come for the vacation rental industry in the United States ahead of Labor Day weekend, the first Monday in September marking the start of the fall / autumn, as well as an uptick in reservations in Italy and other countries around the world.

Here are the key takeaways from Guesty’s findings:

Recovery is here, with USA leading in new reservations and Italy on the mend

Meanwhile, some other countries are reporting similar upsurges in reservations this month:

New reservations [and some nightly fares] on the rise

Returning to pre-coronavirus levels still appears a long way off, despite the cautious wave of optimism operators and authorities are starting to convey.

The recovery of the vacation rental industry still rests on a number of factors that are yet to be determined. A second wave in the fall / autumn could trigger another sharp rise in unemployment levels, not just in the US but all over the world. The return of heatwaves will bring people to beaches and drivable, local destinations but question marks remain with regards to what will happen when winter comes in and the impact of the flu season will become apparent.

And yet, the longer lockdowns and restrictions last, the yearning for travel has not waned, even quite probably intensified. It will still be many months before we see if this optimism was well-placed. 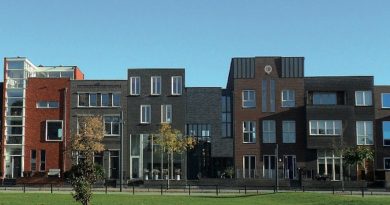 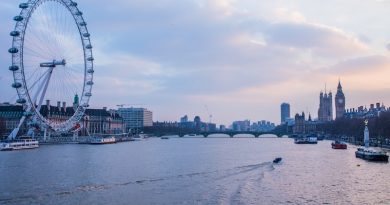 Hostmaker: a one-off or a property management domino effect? 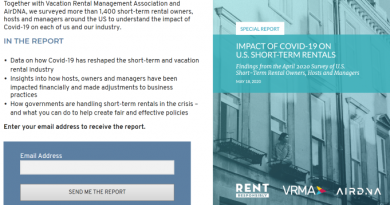 21st June 202021st June 2020 Paul Stevens
Short Term Rentalz is part of International Hospitality Media. By subscribing, periodically we may send you other relevant content from our group of brands/partners.