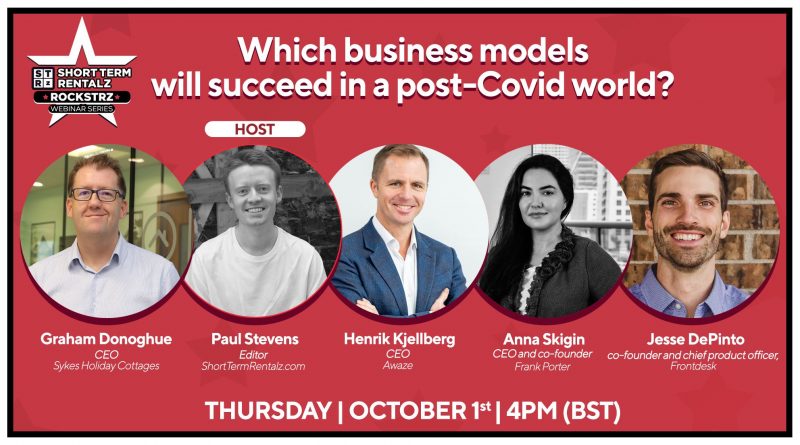 Worldwide: ShortTermRentalz’ hotly-anticipated RockSTRz webinar series continued last week with a timely discussion on “Which business models will succeed in a post-Covid world?”.

Host Paul Stevens, editor of ShortTermRentalz, was joined for the second discussion of the series by Graham Donoghue, CEO of Sykes Holiday Cottages, Henrik Kjellberg, CEO of Awaze, Anna Skigin, CEO and co-founder of Frank Porter, and Jesse DePinto, co-founder and chief product officer of Frontdesk.

The session commenced with a reflection on the challenges faced during the heat of the Covid-19 pandemic and the opportunities for restructuring businesses.

Henrik Kjellberg started by pointing out how important holidays have bee to people, which had driven up a large degree of pent-up demand, something which Awaze was capable of meeting in terms of domestic, environmentally-friendly stays.

At the same time, he was candid when it came to describing the impact of an investigation by the Competition and Markets Authority [CMA] [which threatened legal action against UK firms who did not provide full refunds for those affected by booking cancellations, including Awaze and Sykes Holiday Cottages]. While admitting that the rules that the CMA had laid out were “not very clear” and saying that he was “not sure that everyone had been pursued with equal intensity”, Kjellberg insisted that his company had taken the lessons on board and was happy to pay back everyone who wanted a refund within the relevant jurisdiction.

Graham Donoghue echoed Kjellberg’s words on the CMA investigation, which he said had been “ridiculously aggressive and quite political to be seen to be doing the right thing”, after the authority investigated Sykes and 24 of its brands following a wave of complaints from disgruntled customers.

However, he clarified that Sykes acts as an agent [doing marketing services and collecting payments, servicing them and passing on to operators], rather than a principal, which it was being treated as. This forceful pursuit by the CMA, Donoghue said, could have put Sykes into insolvency, and it had showed him how important it was to be clear about the role of an agent and to be able to defend oneself vehemently if the CMA came knocking again.

Anna Skigin from Frank Porter offered a different perspective to the rest of the panel as Dubai, where the company is based, is instead preparing for its peak holiday season and a “huge influx” of tourists. This, along with the proactive implementation of regulations by the Dubai government, had placed increased attention on companies such as Frank Porter to be particularly compliant, ahead of an unexpected travel boom.

Meanwhile, Jesse DePinto said his property management company, Frontdesk, had been ahead of the game in preparing in advance of a possible economic downturn, such as the one triggered by the pandemic. Frontdesk had pivoted away from a master lease model, one that he suggested was “fraught with risk” and “had the writing on the wall”, following the failed WeWork IPO in 2019, towards more sustainable revenue-sharing agreements, giving it a head start over competitors who have since struggled to stay in business.

The conversation then shifted towards the issue of leadership, something which the four contributors said had been tested for the duration of the pandemic so far. One common quality outlined by the quartet that has been crucial for maintaining successful business operations was that of over-communication, whether it be with staff, guests, property owners and contractors alike.

Donoghue referred to Sykes’ ability to prioritise tasks, make rapid decision making and communicate in timely fashion with everyone had sustained the business through the downturn, even when the company had been met with “127 letters from MPs on behalf of outraged constituents”, misleading media reports, and the “evil nasty ground” of social media.

DePinto concurred, saying that the CEO he most wished to emulate in business was Brian Chesky at Airbnb, given that he built the firm up in the midst of the last major global recession in 2008 and was now filing for one of the largest IPOs in travel in some of the most challenging circumstances. Characteristics he referred to as being important in any CEO at the time of a crisis were keeping a positive mindset, being decisive and seeing opportunities rather than running a business “out of fear”.

On the back of this, he hinted that while Covid posed a significant challenge to the industry as we know it, it could also be “one of the best things that has ever happened to travel” in triggering one of the biggest booms on the other side.

Likewise, Skigin expressed cautious optimism for the future of the short-term rental industry while exuding confidence in her ability to “think ahead with the vision that things will get better” and be the “captain of the ship” to keep everyone else calm. The consequences of this, she added, may be a “revolution” of how we travel, whereby the “bad players” not being run sustainably may be killed off.

The conversation then moved on to a comparison of self-catered accommodation and managed vacation rentals, to see if there were corresponding trends in bookings and booking windows and to identify which provided the safest space for guests to stay in.

In June, Awaze recorded its best online sales day of all time, something which Kjellberg attributed to demand for local travel and staycations, as well as huge demand already for getaways in 2021, when it is hoped that the coronavirus fallout will have eased. He also confirmed that the firm was seeing both short and longer booking windows due to a number of reasons, such as a collective appetite to get out of one’s house after possible self-isolation and also hesitancy to book ahead when groups do not know when and where it will be safe to travel if lockdowns are enforced again.

Donoghue offered similar observations to Kjellberg and indicated consumer expectations were “through the roof” as they hunt out different things they had previously ignored, such as enhanced cleaning protocols, flexible cancellation policies and Covid guarantees. The Sykes CEO also intimated that there had been a big shift in guests seeking out more professionally managed companies over renting by owners, due to these added guest expectations for quality and safety.

On the other hand, Skigin said the United Arab Emirates was seeing a big increase in domestic holidays in the absence of most of the international tourism its economies so rely on. She said that vacation rental management companies such as Frank Porter, which provide hotel-like, premium management services, were conveniently able to capitalise on this demand for extended stays, although she expected shorter-term five- to seven-day bookings to return in the future.

The topic of technology was explored in our first RockSTRz webinar, and the importance of automating business operations as much as possible resurfaced in this discussion on the viability of short-term rental business models.

Sykes Holiday Cottages is one company which has built its own in-house technology, and Donoghue said this data warehouse had been “critical” in impacting decision-making, automating refunds and working with owners to allow them to adjust their pricing accordingly. The crux of this was ensuring the company had control of its operations, which it would not get if it was operated by a third party system.

Similarly, Frontdesk’s in-house PMS had given the company a strategic advantage over the rest of the multifamily apartment industry, according to DePinto. This had seen a notable spike in interest from institutional multifamily owners who have pursued more contactless features and self-guided tours, whereas other companies in the space, such as ApartmentJet and Niido, had gone out of business.

In the meantime, Kjellberg added that Awaze was “aggressively investing in tech for homeowners” to ensure the booking experience was as smooth as possible.

However, the overriding question that was on everyone’s mind’s was how business models would have to continue to evolve to ensure their survival post-Covid-19.

Skigin: “This business model worked even before Covid. People want to rent out homes, have their own space, kitchen and balcony for the cost of two hotel rooms, but everything has multiplied since Covid. It proves that short-term rental is a winning business model and I have no doubt this business will grow, we just need to be able to support that growth internally.”

Kjellberg: “I predict that business travel will come back, although I expect it to take much longer than leisure travel. This will make it trickier for airlines and also for cities that rely on business travellers visiting.”

DePinto: “We should be talking about “alternative living circumstances” rather than “alternative accommodation”. Renters do not want to sign a 12-month lease on a property, while urban dwellers value flexibility more so now than ever. Furniture leasing models are playing on that trend in flexible living and co-living communities, following suit from Niido, which means operators have the flexibility to pivot from shorter-term to longer-term lodging.”

Donoghue: “I hope we are now into rethinking this ‘new normal’ and accelerating into ‘build-to-last’, seeing what the profitability opportunities are from this pandemic. There is always the fear of a second lockdown and dealing with small waves so we have to prepare. That comes down to cashflow and how we can make our business model even more efficient.

“I take comfort from talking to other CEOs in the short-term rental sector, which can be quite lonely. I’ve found lobbying very difficult as the whole hospitality sector has just been broad brushed. We need to come together to have a voice and take affirmative action, as well as share stories that are useful to everyone.”

The next webinar in the RockSTRz series takes place on Tuesday 13 October at 4pm BST, which will focus on “The rise of bespoke booking channels”. Sign up for the upcoming session at this link.

The RockSTRz series will then conclude on Tuesday 27 October with a discussion on “Around the world in 60 mins: What has the industry learned from the pandemic and what are the next steps for recovery?” 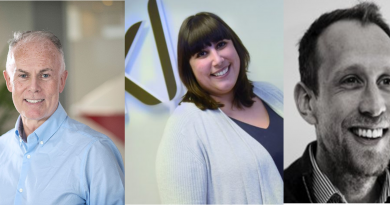 The role of insurance in the short-term rental sector 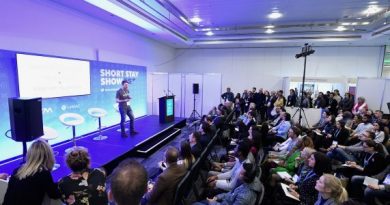 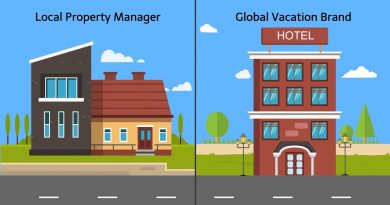 18th November 20194th May 2020 Paul Stevens
Short Term Rentalz is part of International Hospitality Media. By subscribing, periodically we may send you other relevant content from our group of brands/partners.